Can Alberta Become a Player in the “Hydrogen Economy”?

It is no secret that economic diversification has been on the minds of both our federal government and provincial government for some time. With an economic recession and global pandemic wreaking havoc on businesses and volatility in the markets, there are deep questions to be asked about how to rebuild stronger for the future. We know, and support, that our traditional energy sector will be required for years to come, while at the same time, we know we must broaden our economic base, and work towards more sustainable solutions. Hydrogen, while considered for years, may just be a perfect fit for the times.

Hydrogen is the most abundant element in our universe, made of one proton and one electron. From the Alberta Government’s news release Tuesday: “Hydrogen as a fuel source produces only water with no carbon emissions, and has the potential to become a major part of meeting carbon reduction targets worldwide.” While Hydrogen burns clean, there are still carbon considerations during its production.

Currently, there are three different types of hydrogen, each defined by the carbon output resulting from production. “Grey” hydrogen, currently the most common, is produced from natural gas and emits carbon. “Blue” hydrogen, still created from natural gas, circumvents some environmental concerns as the emitted carbon is sequestered underground, or utilized for other purposes. The final, “green” hydrogen, powered by renewable energy processes, is truly environmentally friendly and is the ultimate goal of producers today as it will aim to satisfy both energy and climate goals.

So, what is Hydrogen used for?

Hydrogen can be used for transportation (cars, semi-trucks, and even airplanes), energy for homes and industry, and even for direct use in manufacturing. Earlier this year, a Swedish manufacturer announced that it had successfully used hydrogen instead of liquid natural gas (LNG) in the production of steel, with no reduction in quality.

The potential of hydrogen as an alternative energy source is largely already known, but as of late, the excitement for hydrogen has never been higher, and our province and the federal government is joining in.

In Alberta, companies are making moves into the space. Calgary start-up Proton Technologies has a patented a method that it says will circumvent emissions altogether and produce hydrogen at an incredibly low cost. In July of this year, Canadian Utilities (a member of the ACTO group of companies) announced that around 5000 homes in Fort Saskatchewan, Alberta, would be heated with a natural gas-hydrogen blend starting in 2021, in the country’s biggest hydrogen-blending initiative. In the transportation sector, the University of Calgary, Emissions Reduction Alberta, and the Alberta Motor Transport Association have come together on a $15 million project called the Alberta Zero-Emissions Truck Electrification Collaboration (AZETEC) that will design and build two hydrogen fuel-cell electric hybrid semi-trucks that will then travel between Edmonton and Calgary. Edmonton facilities Air Products and Praxair committed to providing the hydrogen.

A key voice in Alberta, and Canada, is the Transition Accelerator that has created a Hydrogen Task Force alongside Alberta’s Industrial Heartland Association. The Task Force is studying “the ability of the Alberta Industrial Heartland region to contribute to the transition to a net-zero energy future” and is focused on Hydrogen’s role in this mission. Last month, the Transition Accelerator released a study “to inform decision makers in industry and government regarding the nature of a future, net-zero energy system and the important role for hydrogen in the energy transition”. A corresponding Task Force report is also on the way.

At the federal level, the government of Canada is finalizing a hydrogen strategy that they have been worked on for the past three years in concert with industry and different levels of government. The federal strategy is set to be released this year.

There are still challenges and critics

While there is good reason to be excited about a “hydrogen economy”, hydrogen still faces its challenges, and has its critics. As a competitor to his own business in electric vehicles, Elon Musk has been a particularly harsh critic of hydrogen fuel cells, calling them “fool sells.” Musk, who is working on his own project with emissions-free lithium-ion batteries, criticized electrolysis, the method for creating green hydrogen, as very inefficient.

In Alberta, challenges persist with our focus on blue hydrogen. In yesterday’s media briefing, CEO and chair of ACTO Ltd. Nancy Southern said that ATCO still has to “crack the carbon capture nut on a commercial level”. While she says they are very close, this will be the biggest cost, and predicted they are still 5-6 years away from “major full-scale commercial production”.

Global outlook is strong for hydrogen, with the Bank of America and Goldman Sachs both recently speculating that the hydrogen market could be worth $11 trillion in 2050 (note that Goldman Sachs was focused on green hydrogen specifically).  The Hydrogen Council estimates that by 2050, the global hydrogen sector could generate US$2.5 trillion per year and create 30 million jobs.

Canada joins a list of countries that are investing in hydrogen, including; Australia, Germany, South Korea, Saudi Arabia, and the Netherlands.

One of the advantages in the Alberta marketplace is the potential utilization of abandoned and discontinued pipelines for distribution of hydrogen.  Alberta has the knowledge and resources to produce blue hydrogen, now we need to build out markets for hydrogen fuel, as well as determine and develop the supply lines to meet domestic and export demand.

What this means for our Members

We are proud to support the important work being done here in Alberta’s Industrial Heartland to help support Alberta’s economic recovery while reducing our carbon footprint going forward.

If your company is working on a hydrogen project in Alberta and would like to know how the Chamber can help you, please reach out to Executive Director Todd Banks at tbanks@sherwoodparkchamber.com.

We at the Sherwood Park & District Chamber of Commerce understand that these have been very difficult times for business. For more information on how we can help provide support for your business or to become a member, visit www.sherwoodparkchamber.com. 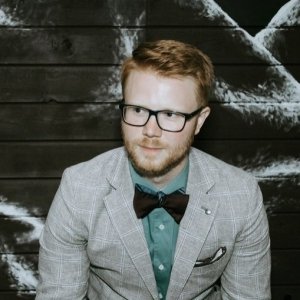